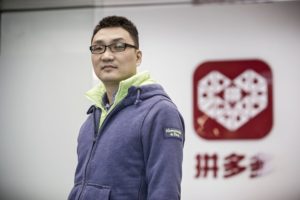 A shift is underway among the world’s richest young entrepreneurs. Six of the world’s 10 wealthiest self-made billionaires age 40 and under are from the Asia-Pacific region, according to the Bloomberg Billionaires Index. Four are Chinese and two are Australian. Just three are from the U.S., which used to dominate the list.

“From a technology perspective, in the past five years China has come on in leaps and bounds,” said Allan Chu, head of technology, media and telecom for greater China at Credit Suisse Group AG. “You’ve seen startup companies develop into technology giants and it’s created a lot of wealth for the founders.”

American dominance comes to an end.

When the Bloomberg Billionaires Index began in 2012 with a list of the world’s 40 richest people, three were self-made and under the age of 40: Google founders  Sergey Brin and Larry Page and Facebook Inc.’s Mark Zuckerberg. Brin and Page are too old now, but Zuckerberg tops the list of the world’s richest self-made youngsters with a $65.5 billion fortune.

Joining him are Shanghai resident and e-commerce entrepreneur Colin Huang ($13.7 billion), who rose to second from third in 2018, as well as Facebook co-founders Dustin Moskovitz ($11.8 billion) and Eduardo Saverin, a Brazilian living in Singapore ($9 billion).

Another Chinese technology entrepreneur, Meituan Dianping co-founder Wang Xing, sits just outside the Top 10 with a $4 billion fortune. Mike Cannon-Brookes and Scott Farquhar, the Australian co-founders of U.S.-listed software company Atlassian Corp., are worth $6.7 billion each.

This diversification of the world’s youngest billionaires is a leading indicator of the shift in global wealth toward Asia. Of the 500 people on the Bloomberg Billionaires Index today, 41 are from China compared with 31 at the end of 2016.